Lymphoma is one of the most common forms of cancer in dogs. Every time I diagnose one of my patients with lymphoma I have what boils down to a "bad news : a little bit of good news" discussion with my client.

First the bad news: Lymphoma in dogs is almost always a fatal disease. But the good news is that unlike some other types of canine cancer, we can sometimes manage it quite successfully for an extended period of time.

For the minimalists amongst us, prednisone alone can make a dog feel almost back to normal for several weeks to months. More aggressive chemotherapy protocols can help many dogs live happily for an additional year or even longer. While this might not sound like much, when you put it into the perspective of a dog’s short life, it is significant.

A new, experimental vaccine might make the "good news" associated with canine lymphoma even better.

Researchers at the University of Pennsylvania recently tested a vaccine that is made by growing B-cells (a type of lymphocyte, the cells that become cancerous in lymphoma) from the patient’s own blood. These cells were then loaded with RNA that had been isolated from the dog’s tumor and injected back into the patient. Dogs in the study received three vaccinations after standard chemotherapy protocols achieved remission, and the progression of their disease was compared to a group of dogs that received chemotherapy only.

According to Nicola Mason, assistant professor of medicine at the University of Pennsylvania School of Veterinary Medicine and one of the authors of the study:

It appears that chemotherapy and the vaccine work together to improve survivability. The details of how this might work are still unclear, but continued research could lead to even more exciting results. As Dr. Mason said:

These dogs just received three doses of vaccine, three weeks apart. If we kept boosting the immune system in this way by vaccination, perhaps the dogs would not relapse in the first place.

The dogs in this study had what is called non-Hodgkin’s lymphoma in the human medical world. Fingers crossed that this research will lead to great advances in treatment for both people and pets with this all-too-common disease. 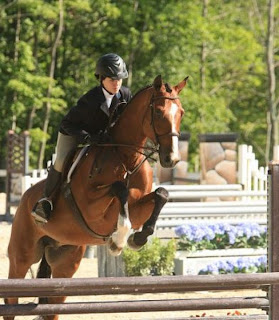 Eirin had a great week in the jumper ring with her veteran mount Cicero 75, as well as her newest mount Anyway. In the High Junior/Amateur-Owner Jumpers, Eirin piloted Cicero 75 to the first, second, and third place finish to eventually claim the division's championship tricolor. The duo also competed in the $5,000 Open Mini Prix, where they completed a double-clear effort and took home the eighth place award. In the Low Junior/Amateur-Owner Jumpers, Eirin and Anway garnered the second and seventh place ribbon.

"This show was a good show," noted Eirin. "I was thrilled that Cicero75 ended up champion in the High Junior/Amateur-Owner Jumpers. I thought Anyway was really good in the Lows, and I feel like we are really clicking."

Lene had her own success during the week, winning the ASPCA Maclay aboard Say No More and placing second during the USEF Talent Search with NLF Valhall. In the hunter ring, Lene took home excellent ribbons with her talented mounts NLF Shakespeare's Rhythm and Pristine Park in the Large Junior 16-17 Hunters.

"It was a great show and I couldn't have had better rounds on any of my mounts," commented Lene. "I really loved the handy rounds on both Pristine Park and NLF Shakespeare's Rhythm. Both rounds put a smile on my face. Say No More could not have been more willing, and did such a superb job. NLF Valhall did the Low Juniors and equitation and was so willing to please me in both. It was an absolutely awesome horse show and I can't wait for next week."

Lene and Eirin will continue showing at the Great Southwest Equestrian Center this week during the Final Chase Horse Show, before they begin preparing to head east for the prestigious 2012 Winter Equestrian Festival. They will be riding with top rider and trainer Peter Pletcher, following six months of intensive training with Missy Clark of North Run.

Nordic Lights Farm is a 70-acre establishment located in Tomball, TX, that was founded in 2007 by the Bruheim family to help further the equestrian goals of 18-year-old Eirin Bruheim and 16-year-old Lene Bruheim. Both girls have worked their way up through the ranks and are currently competing at the top levels in the hunter and jumper divisions aboard their incredible string of horses.

Photo Credit: Lene Bruheim and Say No More won the ASCPA Maclay class at the Great Southwest Autumn Classic. Photo By: David Mullinix. Photograph may be used only in relation to this PMG press release. 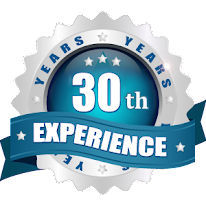 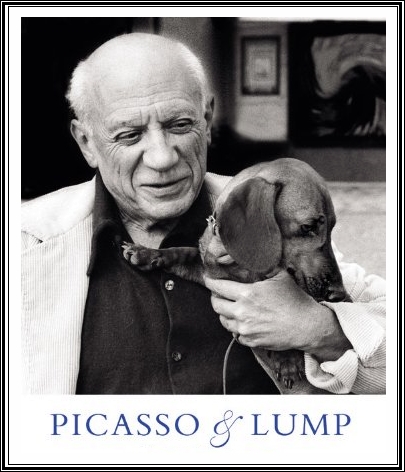 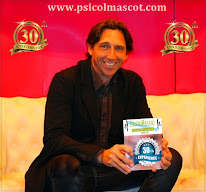